The Deer Creek Watershed drains approximately 37 square miles (23,500 acres) of St. Louis County. Originating in the northwest in Creve Coeur near Highway 270 and Olive, Deer Creek flows in a southeasterly direction approximately 10.76 miles before it enters the River des Peres at Maplewood, near Highway 44 and McCausland.  Several maps outlining watershed characteristics are below.  Click here to see additional watershed maps. 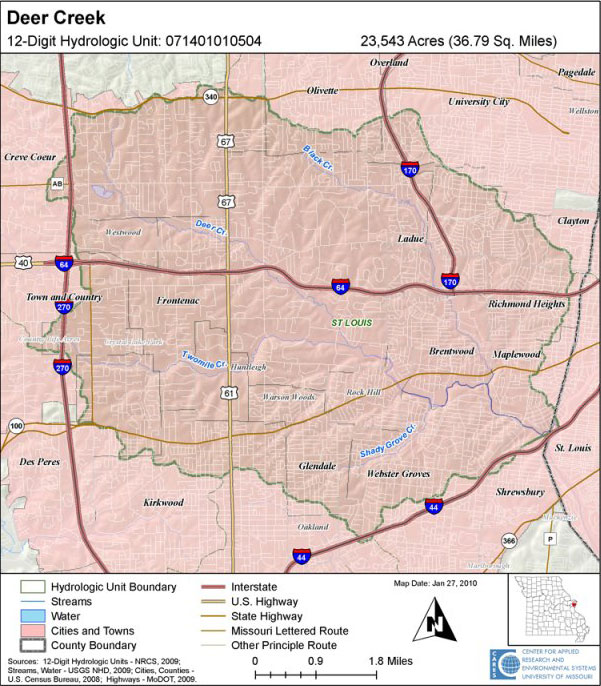 The Deer Creek Watershed encompasses all or part of 21 municipalities including:

Deer Creek Watershed is a sub-watershed of the larger River des Peres watershed, which is included in the St. Louis Tributaries (HUC Number 07140101 and referred to as #21 in map at right) to the Mississippi River. 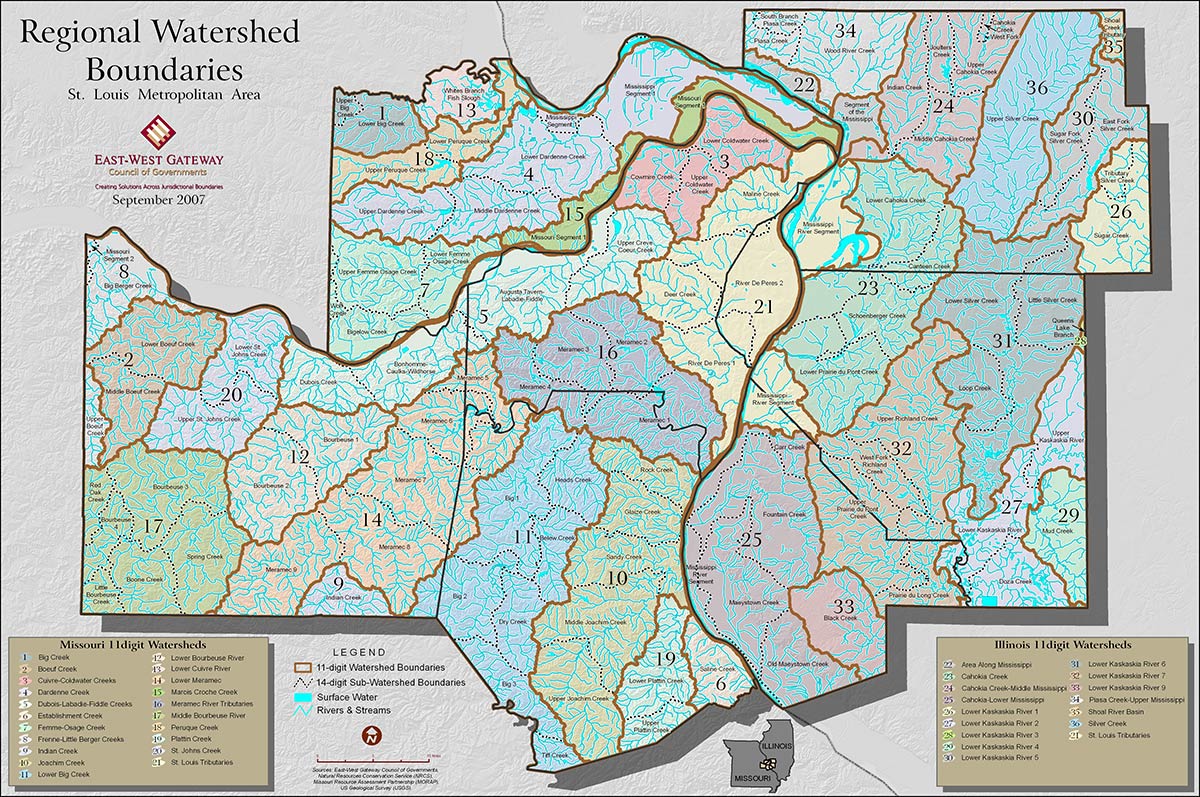 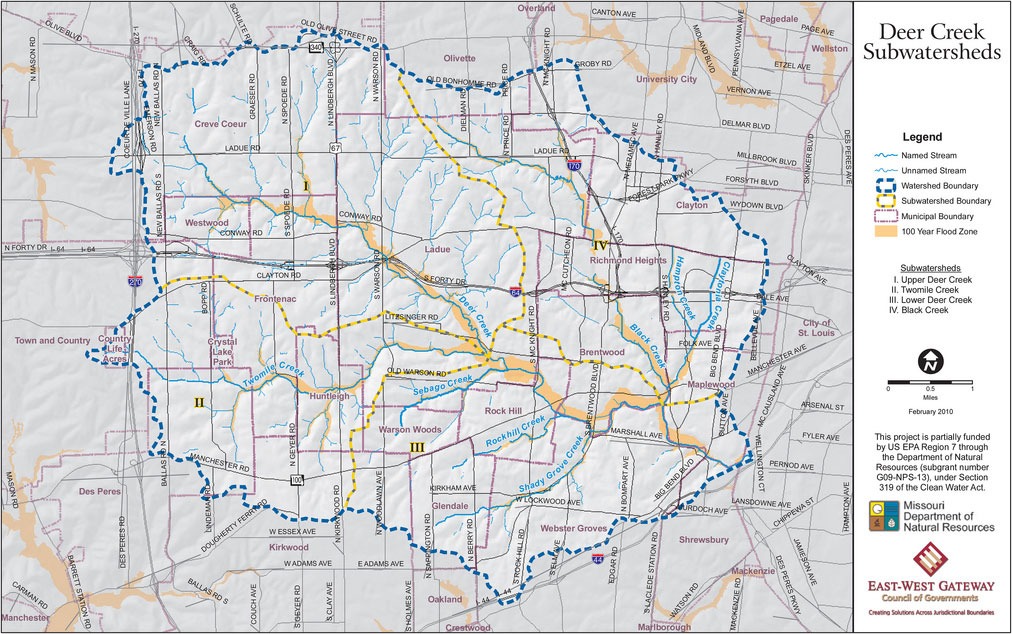 Karst topology is characterized by the presence of caves, springs, sink holes and losing streams and is created as groundwater dissolves soluble rock such as limestone or dolomite. Limestone is a sedimentary rock composed of calcium carbonate. The rock is of marine origin and derived from the lime mud and ooze that accumulated on calm, shallow sea floors. Approximately 166 sinks holes, which are rounded depressions in the landscape formed when an underground cavity collapses, have been identified in the watershed. A majority of the sink holes are concentrated in the central area of the watershed between Ladue Road, Brentwood Boulevard, and Rock Hill Road. The sinkholes tend to follow the creek drainages. 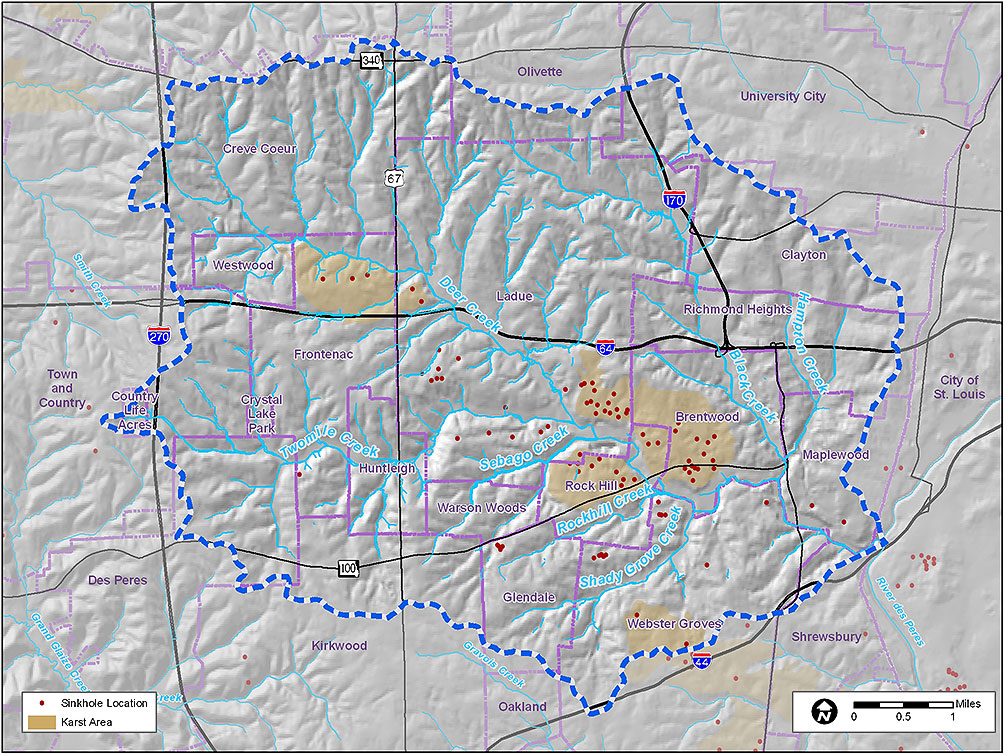 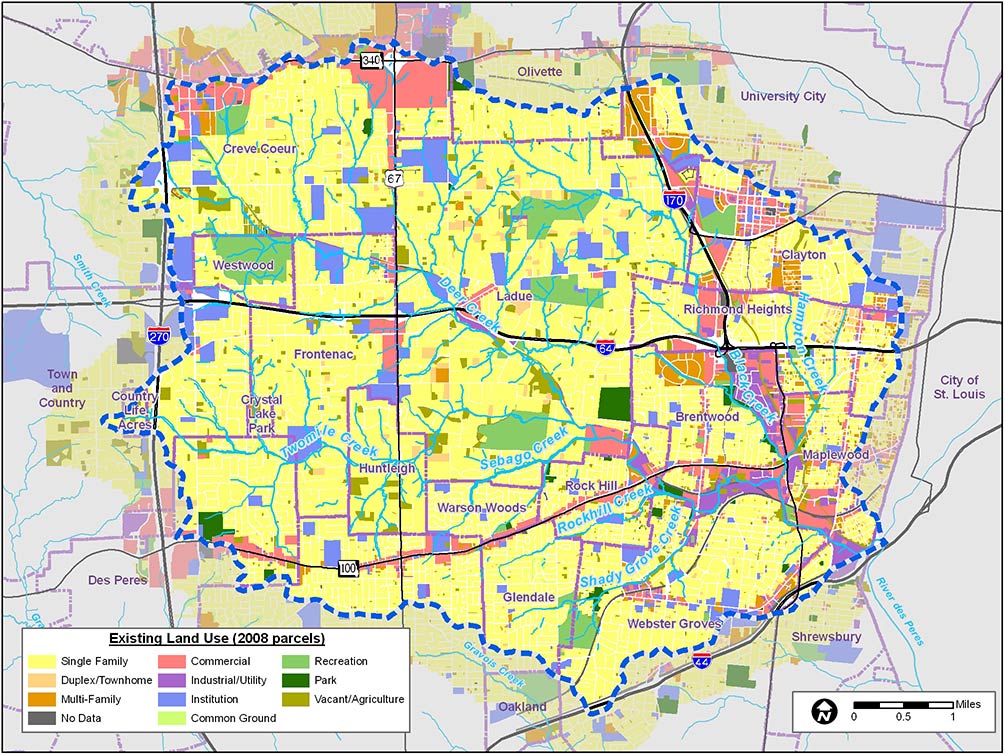 Deer Creek Watershed Land Use | Source: East-West Gateway Council of Governments
Do you like this page?
Tweet