As part of the Missouri Botanical Garden’s ongoing interest in improving water quality in the Deer Creek watershed, the St. Louis community was invited to help name unnamed tributaries in the watershed during the Deer Creek Tributaries Naming Project, our outreach project for 2010.

When we name our creeks we reclaim them. We give names to things that are important to us. Naming creeks transform them from invisible to visible giving them a greater sense of recognition in the community.

Fourteen creeks have been officially named as part of our Tributaries Naming Project and are now recognized in the national USGS database. In the process, every effort has been made to uncover and give first priority to historically used names. In addition, all creek names have been approved by local municipalities and endorsed by Metropolitan St. Louis Sewer District.

See a list of the new names and photos from the unveiling below. 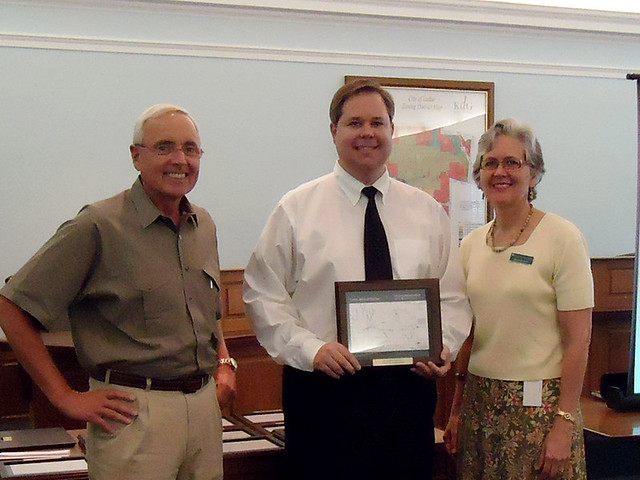